At the beginning of this year, the Supreme Court upheld the constitutionality of the 1998 Sonny Bono Copyright Term Extension Act (the “CTEA” or “Act”), which extends the existing term of copyright protection for an additional 20-year period. The district court had earlier held that the 20-year extension, though longer than the term in the 1976 Copyright Act, was, within the meaning of the “limited Times” provision of the Copyright Clause, limited, and therefore within Congress’ discretion. The court’s Copyright law ruling also held that the CTEA did not violate the First Amendment. On appeal, the D.C. Circuit affirmed, holding that a copyright term is still for a limited time — even if it can be extended for another limited time — and that the CTEA survived First Amendment challenge.

Before the Supreme Court, petitioners argued that permitting Congress to extend existing copyrights evades the “limited Times” limitation in the Copyright Clause and creates perpetual copyrights through repeated extensions.

The Copyright Clause of the U.S. Constitution grants to Congress the power “… To promote the Progress of Science and useful Arts by securing for limited Times to Authors and Inventors the exclusive Right to their respective Writings and Discoveries.” U.S. Const., Art.1, Sec. 8, Cl. 8. Throughout history, the Court responded, Congress has enlarged the terms for both existing and future copyrights. In fact, since the first copyright statute in 1790, Congress has consistently applied duration extensions, both prospectively and retroactively.

Petitioners also maintained that Congress may not extend existing copyrights without new consideration from authors. This argument was comprised of several sub-arguments, including: 1) copyright requires originality; 2) the CTEA fails to promote the progress of science; 3) the Act ignores copyright’s quid pro quo grant of an exclusive right in exchange for a writing, and 4) term extensions should be subject to heightened judicial review.

Taking each argument in turn, the Court concluded that:

In sum, the Court determined that the CTEA was a rational exercise of Congress’ power. Acts are presumed to be constitutional and the Court extends substantial deference to Congress in the latter’s line drawing: here, defining the scope of the limited monopoly granted to authors. Moreover, the key factor that Congress considered in extending the term was the global nature of copyright and the need to harmonize the U.S term with that of our trading partners. The European Union (“E.U.”) provides a term of the life of the author plus 70 years. Under the so-called “rule of the shorter term,” the Union denies this term to the works of any non-EU country with a shorter term of protection. Congress sought to ensure that U.S. authors would receive the same copyright term in Europe, as do European authors. Finally, the longer term is consistent with increases in human longevity and in the greater average age of parents when their children are born, provides adequate protection for American creators and their heirs, and supplies an incentive to copyright owners to restore older works and further disseminate them to the public.

2. Copyright and the First Amendment

Petitioners maintained, in their First Amendment challenge, that the Act failed the heightened judicial scrutiny required for content-neutral regulation of speech.

The Court held that applying heightened judicial scrutiny to the CTEA was excessive and that the Act was consistent with the First Amendment. The copyright scheme, the Court said, has built-in First Amendment accommodations, including the limitation that ideas are freely available and only expression is protected, and the concept of fair use. In addition, that the Copyright Clause and First Amendment were adopted nearly contemporaneously indicates the Framers’ intent that copyright’s limited monopolies are compatible with free speech.

Justice Stevens concluded that Congress does not have the power to extend retroactively the term of existing copyrights. And, contrary to the majority’s assumption, the fact that Congress did have the authority to create a new federal system in 1790 does not support the proposition that it can now extend preexisting federal protection retroactively. Unlike the majority, which bootstraps current constitutionality onto 170 years of Congressional parity between existing and future copyrights, Justice Stevens declared that the Court has never addressed the actual constitutionality of Congress’ actions in this context and that, at least as applied to the CTEA, Congress’ actions bear no rational basis and are, therefore, unconstitutional.

As well, the CTEA does not, by extending the term of existing copyrights, promote the purposes of the Copyright Clause:

Justice Breyer provided detailed economic arguments and supporting statistics, but boiled down to its essentials, his opinion is that the economic effect of the 20-year extension, the longest blanket extension in our domestic copyright history, is to make the copyright term virtually perpetual. Further, the Act provides no incentive to create additional works and disturbs the constitutionally required balance between public and private benefit (through preventing works from going into the public domain and being freely available). Indeed, per a Congressional Research Service study, only about 2% of copyrights between 55 and 75 years old still retain commercial value, although some “classic” books, songs and movies of that vintage still earn about $400 million per year. Thus, even for works of little or no commercial value — the great majority of works –scholars, libraries and other users will still have to obtain permission to use this knowledge — an expensive, often fruitless process.

In addition, the CTEA fails even to provide the international uniformity that Congress deemed a key factor in the drafting of the legislation. The global uniformity contemplated by the Act, Justice Breyer declared, only applies to natural persons. However, the copyright terms for the most economically significant domestic works — those made for hire and those created prior to 1978 — are inconsistent with those of the European Union. 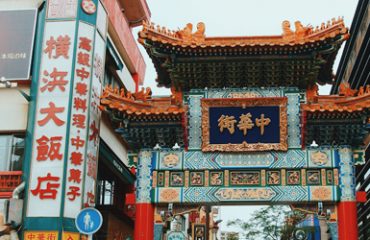