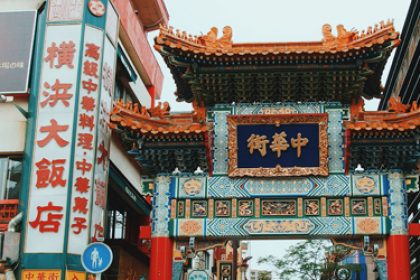 On cross motions for summary judgment, a federal district court in Colorado held, in Golan v. Holder, that Section 104A of the Copyright Act, codifying Section 514 of the Uruguay Round Agreements Act (“URAA”), which restores copyright protection to works of foreign nationals that had entered the public domain, violates the First Amendment use rights of parties who relied on the public domain status of these works (so-called reliance parties). Although Section 18 of the Berne Convention, which treaty obligations the URAA implements, requires the restoration of foreign origin public domain works, the court held that treaty compliance is left to the discretion of member countries and that Congress went too far in limiting the vested First Amendment rights of reliance parties. This is the first time that a court has held unconstitutional any portion of the federal copyright law. Traditionally, the idea/expression dichotomy and the fair use provisions of the Copyright Act have provided adequate First Amendment use accommodations.

Copyright has become increasingly global, particularly in the digital arena, and it is of paramount importance for creators to protect rights worldwide. Since intellectual property laws are generally not extraterritorial, countries enter into bilateral and multilateral arrangements with other nations to protect their authors’ rights. When the United States acceded to the Berne Convention, the preeminent multilateral copyright treaty, we were required under Article 18 to provide copyright protection to works of foreign authors for the duration of the term of protection in the origin country.

So, if a Russian work had 100 years of protection, upon Berne accession we were required to provide a 100 year term for works of Russian authors, even if the work had gone into our public domain based upon technicalities like failure to renew a work or provide a copyright notice, or the lack of copyright relations between the respective countries. The effect of Section 514, then, was to restore copyright protection to those works of foreign nationals that had previously been in the public domain and freely available for use. Once these works were restored to copyright protection, users faced the choice of either purging the works or paying for them.

On remand to the district court from the Tenth Circuit, the appellate court held that the idea/expression dichotomy and the fair use provisions of the federal copyright law did not provide adequate First Amendment accommodation, so the effect of taking works from the public domain altered “the traditional contours of copyright protection,” implicating First Amendment review. It is a “traditional contour,” the appellate court instructed, that once a work enters the public domain, it cannot be copyrighted – even by its creator.

The district court agreed with the parties that Section 514 was content-neutral, rather than content-based, so the provision was not subject to the most exacting level of scrutiny. Rather, a content-neutral regulation “will be sustained under the First Amendment if it advances important governmental interests unrelated to the suppression of free speech and does not burden substantially more speech than necessary to further those interests.”

To support its burden of justifying the speech restrictions of Section 514, the government advanced three rationales: 1) the provision meets the treaty obligations of Berne, 2) it helps protect U.S. copyright interests abroad, and 3) it corrects historic inequities of foreign authors who lost U.S. copyright protection through no fault of their own.

It is a basic principle of federal law that the Constitution limits the power of Congress to meet treaty obligations. The Constitution, in other words, trumps inconsistent treaty requirements. The government argued that the reliance parties had a diminished interest in the restored works because they were not the original authors. The district court concluded otherwise, saying that plaintiffs had a vested First Amendment right once the foreign works entered the public domain. Moreover, the impact of removing the restored works from the public domain without accommodating plaintiffs’ reliance interests was substantial.

So, does Section 514 “leave[] unprotected a substantial amount of speech not tied to the Government’s interest?” Although the plaintiffs’ First Amendment rights are protected to a limited extent under Section 514 as drafted (reliance parties are immunized from liability for pre-restoration copying, are entitled to continue copying until the original author files a notice of intent to enforce the underlying copyright, may sell or use copies of restored works for one year, and may also exploit derivative works indefinitely, with the payment of a reasonable royalty), the court answered affirmatively.

The court then questioned whether the unprotected speech was “not tied to the Government’s interest” in Berne compliance. In what would turn out to be a pivotal finding, the court held that Berne does not specify how reliance parties should be accommodated, leaving the determination instead to member nations.

The court also discussed whether the accommodations needed to be temporary or permanent. The government argued that Article 18 requires temporal limitations, but the judge concluded that this is not a Berne requirement. In fact, other member nations (including Germany, Hungary, the United Kingdom, Australia and New Zealand) provide permanent accommodations. Significantly, though, none of these countries restores copyright protection equivalent to that of works that had never been in the public domain.

Concluding that member nations have discretion in following Article 18 and that Congress went too far in the exercise of its discretion, the court reasoned that by granting reliance parties broader rights than those inherent in the copyright statute, Congress recognized that Article 18 did not require the full restoration of equivalent copyrights. This logic is hard to follow, but presumably the court meant that because Congress did not fully restore copyrights under Section 514, it recognized that full restoration was not required under Article 18.

So somewhere along the continuum from the copyright statute’s customary First Amendment accommodations to full restoration was a permissible exercise of Congress’s power. Thus, Congress could have met Berne obligations without interfering with a substantial amount of speech by, for example, exempting reliance parties. Holding for the plaintiffs, the court concluded that Section 514 is “not tied to the Government’s interest” in complying with Berne, so it is broader than necessary and violates the First Amendment.

The government next argued that Section 514 also protects the copyrights of U.S. authors abroad. The court did not address this point, concluding that the supporting arguments for this premise were largely intertwined with the Section 18 arguments that the court had earlier rejected.

The government also argued that Section 514 is necessary to protect U.S. authors from reprisal under Section 6. The court rejected this argument, saying that, by its terms, Section 6 only applies to countries outside the Berne Union. Since the U.S. is a member of Berne, no sanctions could be applied against us under Section 6. Thus, the threat of reprisal is conjecture and cannot provide an important governmental interest.

Since the government had the burden of proof and failed to produce specific evidence that it had a significant interest protected by limiting plaintiffs’ speech and that Section 514 did not burden substantially more speech than necessary to further the government’s interest, the court held for the reliance plaintiffs.

Finally, the government maintained that by restoring copyright protection to foreign authors who lost their U.S. copyrights, Section 514 serves an important equitable interest. The court concluded, however, that Section 514 extends protections to foreign authors that are not afforded to U.S. authors, even in their own country. So rather than correct an inequity, the section creates one where it did not formerly exist. The court held for the plaintiffs, since the government produced no evidence showing how providing foreign authors with domestic copyrights, while denying similar protection to domestic authors, constituted an important governmental interest.

It is very important to the global copyright interests of the United States to maintain Berne membership, and copyright restoration is a key element of that treaty. Significantly, the Golan decision does not hold unconstitutional either Article 18 or copyright restoration generally. Rather, the court concluded that Congress skewed the balance between Berne compliance and the First Amendment too far in the direction of the former and did not adequately protect the use rights of reliance parties. If the judge is upheld on appeal, Congress would need to provide broader rights to such parties — for example, exempting from restoration works used by these parties.

A Summary of the Digital Millennium Copyright Act (1999)