In June this year, the Supreme Court held that section 43(a) of the Lanham Act does not bar the uncredited copying of a work whose copyright has expired. The producer of “copies” is considered the “origin” of those “goods” within the meaning of the statute, and the producer of those goods neither falsely designates its origin nor otherwise misrepresents its status when it sells copies as its own products without attribution to the original creator of the content.

The facts of this case are very interesting and underscore, even for the large media players, how important it is to protect one’s intellectual property interests. Had Fox timely renewed its copyright in the underlying television series, this case may have resulted in a garden-variety copyright infringement suit and would never have gone to the Supreme Court on the Lanham Act claim.

In 1948, General Dwight D. Eisenhower completed a book titled “Crusade in Europe,” an account of the allied campaign in Europe during World War II. Doubleday published the book the same year, registered with the Copyright Office and granted exclusive television rights for the work to Fox. Thereafter, Fox contracted with Time, Inc. to produce a television series. Time assigned the copyright in the series to Fox. The next year, the series “Crusade in Europe” was broadcast in 26 episodes. In 1975, Doubleday renewed the copyright in the book as a work made for hire. However, in 1977, Fox neglected to renew its copyright in the television series, which expired that year and went into the public domain.

In 1988, Fox reacquired the television rights in the book, including the exclusive right to distribute the “Crusade in Europe” television series in video and the right to sublicense rights to others. Fox granted exclusive video rights for the series to SFM Entertainment and New Line Home Video. Thereafter, in 1995, Dastar released its own video set, “World War II Campaigns in Europe,” which was a copied, edited version of the public domain television series. Dastar’s version was about half as long as the original television series. With changed packaging and some minor editorial changes, Dastar made and sold its video set as its own product without crediting the original television series. Dastar sold its video for $25 per set, substantially less than New Line’s version.

Later that year, respondents Fox, SFM and New Line sued Dastar for copyright infringement of their exclusive rights in Doubleday’s book. They also argued that Dastar’s sale of its video without proper credit to the underlying television series was reverse passing off in violation of section 43(a) of the Lanham Act. The district court found for respondents on both counts and doubled Dastar’s profits as damages under section 35 of the Lanham Act.

Section 43(a) of the Lanham Act provides that “[a]ny person who, on or in connection with any goods or services, or any container for goods, uses in commerce any word, term, name, symbol or device, or any combination thereof, or any false designation of origin, false or misleading description of fact, or false or misleading representation of fact, which – (A) is likely to cause confusion, or to cause mistake, or to deceive as to the affiliation, connection, or association of such person with another person, or as to the origin, sponsorship, or approval of his or her goods, services, or commercial activities by another person … shall be liable in a civil action by any person who believes that he or she is likely to be damaged by such act (emphasis added). The 1988 revision of the trademark law, the Court observed, clarified that section 43(a) covers origin of production, as well as geographic origin.

Respondents argued that Dastar’s “nearly wholesale reliance” on the underlying television series in its production of its own video set was a false designation of origin. In the Court’s opinion, Justice Scalia noted that if all Dastar had done was to buy New Line’s videotapes and repackage them as Dastar’s own product, that would be clearly actionable under section 43(a). Significantly, what was at issue, however, was entirely different: Dastar copied and slightly modified a public domain work, then produced its own series of videotapes.

The question, then, was what constitutes “origin.” Does it refer to the manufacturer or producer of physical goods, or to the creator of the underlying work? The Court concluded that the term “origin” refers to the former, since consumers who buy brand-name products do not automatically assume that the brand-name company is the entity that came up with the product or designed it, and typically do not care. This is so, even as applied to communicative products like books or videotapes, where there is value for the intellectual content as opposed to the physical qualities of the objects, and the consumer is interested in the creator of the story rather than the producer (publisher) of the work.

To conclude otherwise, the Court reasoned, would conflict with the copyright law. There, the right to copy without attribution passes to the public on expiration of the term. So, in Justice Scalia’s words, if Dastar’s representation of itself as the producer of its videotapes constituted a representation that it originated the underlying creative work, thereby violating section 43(a), a “species of mutant copyright law” would be created. It is not clear, however, where the moral right of paternity — which survives the end of the copyright term – would fit into Justice’s Scalia’s calculus.

In addition, Justice Scalia observed, reading “origin” in section 43(a) to require attribution to uncopyrighted materials would pose serious practical problems, since without copyright as a basepoint, the word “origin” has no discernable limits. He uses the example of the MGM film Carmen Jones, and questions whether one would attribute authorship to the film company, to the author of the musical upon which the film was based, to the author of the opera upon which the musical was based, and/or to the author of the novel upon which the opera was based. If during the term of copyright, however, one were to attribute authorship of a work to the most recent copyright owner, why wouldn’t this rule also be followed for an expired copyright?

Finally, adopting a special definition of “origin” for communicative products places manufacturers in a difficult position: they would face potential liability for failing to credit the creator of a work on which lawful copies were based and they would also face potential liability for crediting the creator if that action were regarded as implying the creator’s sponsorship or approval of the copy.

Holding that respondents could not prevail on their Lanham Act claim, the Court did not address the Ninth Circuit’s award of double profits. 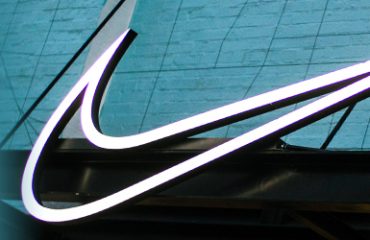 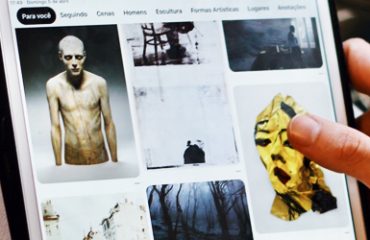